'The Mask Maker' tells the story of the use of masks throughout the ages, from caveman till today. The mask and puppet go back to the beginning of our history. Here is a short story about man's relationship to the mask through his reincarnation from lifetime to lifetime.

It is due to be released, together with a 'Behind the Scenes' short documentary in early November 2021.​
Click to set custom HTML

'Winston' is a short stop-motion puppet film, which tells the story of a puppeteer who is driven crazy during the Covid-19 lockdown. It was inspired by by own personal journey of being house-bound and no longer being able to venture out or travel during the Corona Virus Pandemic of 2020.
​
The film is being launched here in the same week that Victoria has just entered a 'State of Disaster' with our lock-down now entering Stage Four, with restricted shopping, going out and night curfews in place. It really feels like a home prison and takes me back to the darkest days of 'Apartheid' restrictions, which took place in South Africa in the nineteen-seventies and eighties.

The music was composed and performed by Sydney-based musician, Lynette Smith, the foley was done by Susie Purcell and a huge thanks go out to Sydney-based cinematographer, Sidat de Silva as well as my partner, Sharon Gelber.
​
We have a 3 min 'Behind the Scenes' film, which explains the concept behind Winston and how the film was pulled together and edited, while in lockdown in Melbourne. You can view the 'Behind the Scenes' film here!
​

Twenty-seven years after the collapse of the Berlin Wall, it seems that we’ve leant little from our mistakes. More walls are being erected throughout the world. This is the story of one such wall:  A wall designed and built by American entrepreneur and presidential candidate, Donald J Trump.
​
BUILD THAT WALL is a four-minute-long stop-motion animation film, set in an imaginary Trump Town, USA.  Gary Friedman, an internationally renowned puppeteer who has added animation film to his credentials, has created and built Trump Town and all its inhabitants in his Melbourne studio.

Trump Town with its simple folk, are ruled by an authoritarian figure residing in a giant castle, overlooking the town. The leader, accompanied by his model wife and body guards, is seen delivering a speech over the town’s newly installed speaker system, during which he explains that he will build a wall.

“I have in the past year, become fascinated by the themes of walls, barriers, borders and boundaries. We seem to have a resurgence of separating people, communities, towns and countries internationally.”
​
Gary Friedman Productions’ creative work has always had serious purpose and often a political and sharp satirical edge.  Born in South Africa, Friedman used street puppetry in the early 1980’s to speak his anti-Apartheid message and he has generated numerous other community and educational initiatives, both within South Africa and internationally.
​
The film was launched by #Humanity for Hillary (USA) and also featured in The NEW YORK TIMES on 21 April 2017, click here and in the 'IF' The Australian Professional Film publication, ​click here!

Check out our 'Build That Wall' website, also featuring 'Behind the Scenes' by clicking here! 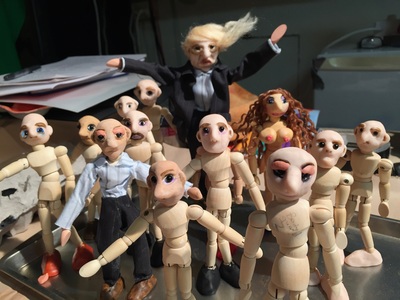 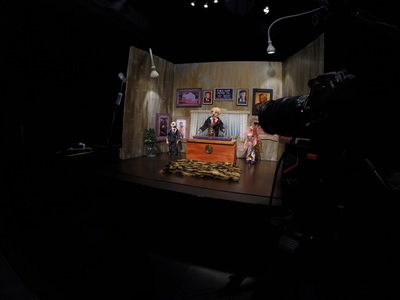 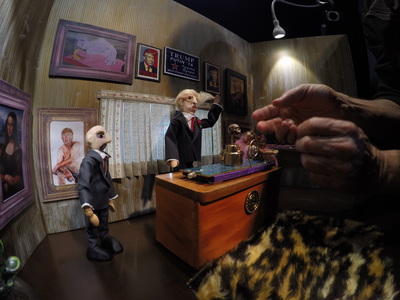 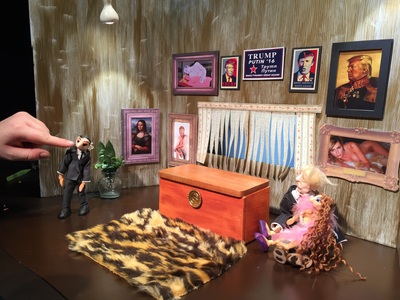 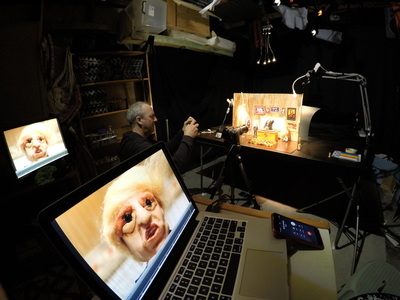 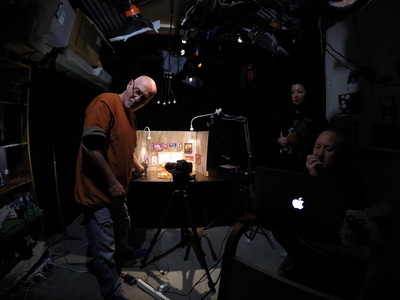 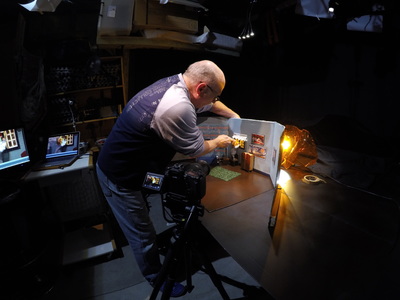 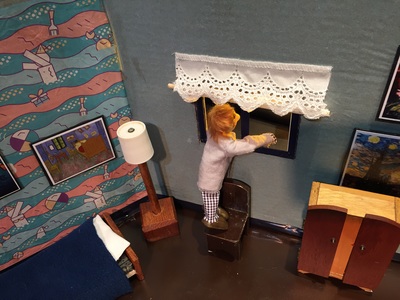 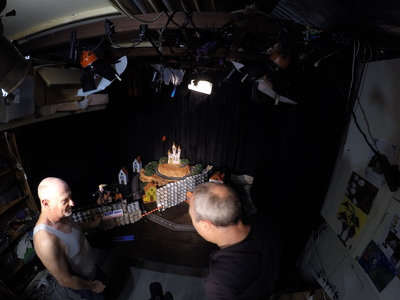 'Je Suis Punch!' is a special dedication to to the freedom of expression in our world and the two young Spanish puppeteers, Alfónso Lázaro de la Torre and Raul García Pérez, who recently spent five days in a Madrid prison and stand accused of “glorifying terrorism” for their radical ‘Punch & Judy’ street show.

Below is a series of photos taken during the making of the film. You can view a short making clip here! 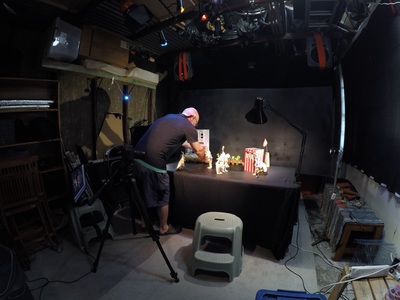 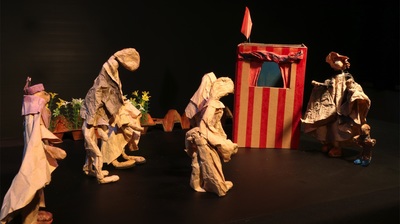 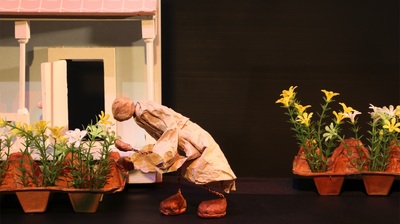 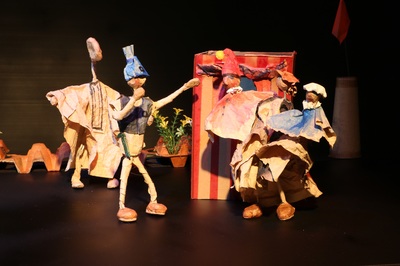 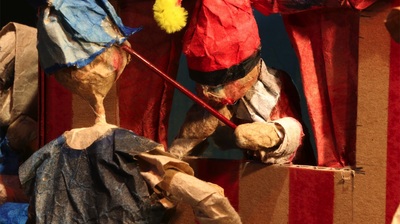